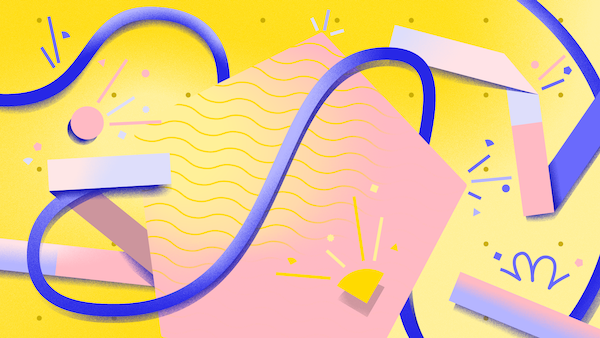 Can Anyone be a Good Designer?

What makes a good designer and could you be one? Design is a relatively new field and it's all about shaping the world and solving problems. Here we break down a brief history of design and the 3 traits you probably need to be a good designer today. And no, being "good at drawing" isn't one of them.

When you think of design, you may think of websites and graphics. You may think about interiors or maybe clothes, as ex-Facebook head of design and author Julie Zhuo once did. Me too. When I told my parents I wanted to go to fashion school, they eventually agreed with the rationalization that everyone minus the nudists of the world wears clothes, so it was probably a very stable industry.

That’s design, but it’s also just a small portion of it.

Design is everywhere around you. Designers now work in every industry, and work on everything from the tangibly touchable and functional—from the desk you’re working on to the chair you’re sitting on, from to the notebook you write on to the device you’re reading this on—to the more abstract and psychological: a lesson plan for teaching or a project plan to construct a building.

Everything humans have made can be broadly categorized into something that was made by design or made by accident. And, when it comes to accidents, some of us even like to think that it was somehow by design.

Over the past several hundred years, as we’ve gained more autonomy, control and choice over our days and lives, we’ve invited more opportunities for design to be a part of how we live, both on a professional level and in our day-to-day.

But “design” didn’t come out of nowhere.

Our concept of what design is, while ever-evolving, is in large part influenced by a German school that existed between the First and Second World Wars: The Bauhaus.

Driven by the rise of the machine, people were starting to live in a world where consumer goods could be mass produced and communication was on its way to democratization by way of mass media. A new language and way of thinking could now be applied systemically, and Bauhaus defined it, elevating and combining the practice of art and industry together through design education.

Design must’ve existed before Bauhaus, but it became a discipline, a way of thinking, seeing, educating, as a response to the world—only within the last 100 years.

That means that if you’re interested in a career in design, you’re thinking in a way that your great-grandparents probably never had the privilege to.

Another big moment in modern design happened in the 1960s. By now, globalization had taken a hold of the world and a group of Swiss designers decided that they wanted to use design as a way to reject political tension and prejudice. Simple and bold, their version of design was objective and rational, some might call dispassionate. They made use of a grid system to organize elements. Born in Switzerland, this evolution of design eventually went international, and became widely adapted. Its presence and popularity still exists today.

When some people think of design, they may think of branding and designing logos. The term “branding” refers to a practice that started 2700 BCE by the Egyptians, who used a hot branding iron to mark livestock. Branding was also a way of distinguishing oneself and ensuring survival in war. In the 20th century, branding moved beyond farming and survival, its use to convey meaning and achieve consistency at the boom of the industrial age.

More recently, as the internet becomes an ever-increasing presence and not just a sideline hobby for the few and privileged, design has become so much more instant, collaborative, and connected, what once was a handful of sub-disciplines now dozens.

As you can probably tell by now, design today extends even beyond design roles, and even the act of “designing”.

It has become so important in how we build the world around us that the process of good design has been codified for use in business and product development: we’ve more recently seen terms such as “design thinking”.

Design thinking is a process for creative problem solving that extends beyond traditional concepts of design.

With design thinking, you can think like a designer without being a “designer”. That’s just a way of saying you can apply human-centered, process-driven methodology to anything to do—most commonly used in business and product development— to make it better, more functional, more meaningful and more delightful (or insert whatever your end goal for the user is).

So, let’s say design, broadly, is what you want to do.

Maybe the possibility of shaping and building something excites you. Maybe you think about being a designer and it just lights you up. What a way to be creative and (hopefully) make a decent living.

But to be a designer, you need to understand a framework of what makes good design.

So what exactly is good design? Just like you might ask, what makes good art? Is “taste” a part of it? Are some people naturally born design prodigies? Could you be a designer?

When our worlds suddenly became more visual, and that helped to sell products and drive the economy, jobs and growth, design was largely aesthetics. Functionality was always important, but if you think about a print advertisement, that functionality is conveyed through visuals.

So that’s where a lot of the concept of design comes from: us.

Except that the tough thing about that is that beauty is truly in the eye of the beholder. I could be attracted to one thing, and you another—and maybe we could argue who’s right or wrong, not that it would matter. I’d still buy the thing I like and you would buy the thing you like.

Scientists tried to define beauty with mathematics (see: the golden ratio), but they didn’t account for all the other factors that affect the perception of beauty. So as it turns out, designers learn foundations of design as they’re being educated, including ratios, but great design isn’t a simple formula that machines can pump out. They can get pretty darn close but design is innately a human craft.

But if beauty, art and design are so nuanced, where do we draw the line and how do we really define something so nebulous? You’re not alone in wondering what makes good design, as long as you don’t forget that whatever the answer is, it’s probably not universally true, just generally true.

One of those attempts was by industrial designer and academic Dieter Rams. He came up with a list of 10 principles of good design to elevate its awareness as a profession and utility beyond “making things pretty”.

Maybe you’ve heard that design is really just problem solving. So is it the best solution for a problem? But if you’re answering a math equation, are you a designer?

But let’s not get too caught up in the philosophy of design. After all, fashion designer Issey Miyake said it well:

“Design is not for philosophy, it’s for life.”

Okay, so design and art are not the same, but they’re related.

So maybe you’re wondering: if you want to be a designer, do you have to be a talented artist too?

You probably don’t need to be a fine artist or even that great at drawing. It could help, depending on the kind of design you do (for example, a visual designer might be more of a visual aesthete than a UX designer—but a UX designer needs to have enough of a visual sense of things considering that visuals are a large and primary part of how humans perceive their experiences).

If you want to go to design school, it probably does boost your chances of getting in, since portfolios are generally an entry requirement. But if a fancy design school isn’t your goal, it might not matter as much as you think it does. Many successful designers didn’t go to design school, from Ethel Reed, the first American woman to receive critical acclaim for graphic design to Tibor Kalman, who studied English instead.

Over the last 10 years, I’ve worked in several different design environments, from fashion to marketing to product. I work with designers and we have a thriving community of both professional, working designers and aspiring ones at SuperHi. I’ve actually never asked about or seen anyone’s drawings.

But, there do seem to be common patterns.

You might be a good fit as a designer if you:

Design is a process.

You’ll need to enjoy working through that process, thinking through details, and trying to connect deliverables to goals.

Let’s get back to math for one moment here. In math, there is no creative liberty. When it comes to trying to solve the relationship between people and the products and experiences they interact with, it’s one part methodology and one part creativity. Whereas with math, you need to get to the same solution, every single time, otherwise you were unsuccessful.

With design, you’re trying to create a new solution. You’re inventing a new way. You’re adding your stamp to it. You’re translating desire, utility, values and meaning into an end product.

That creative nuance and liberty is part of the ingenuity of how we shape our world, by defining the problem and then creating a designed solution for it.

Susan Kare, who designed icons, typefaces and interfaces of the Apple Macintosh, said that good design is “thinking hard about what you want to do and what you have to work with before you start.”

Design is a way to define what new things and experiences we will have, and how to get there.

One last thing: art director and graphic designer Paul Rand believed that design and social issues should be kept separate. But, maybe we’re well on our way to changing that.

Just as recently as design was invented as a discipline, we should also expect to see it continue to evolve to solve new problems, from the light and frivolous “make things just a bit prettier” kind of design to the tougher, grittier “how do we fix the world?” challenges. That includes constantly reshaping our concept of what good design is, including who makes up the rules and who can and should participate in it (everyone!).

Bruce Mau, graphic designer, architect and creator of the Massive Change exhibit, offers this broader view of design’s ultimate purpose: “The fundamental idea of design is to make the world a better place.”

As things get busier, noisier and more crowded, designers are needed to not just make new solutions but to think, on a macro level, how design might move us forward, together.

And to do that, we need designers with all kinds of backgrounds, voices and perspectives.

That doesn’t mean you need to become a designer because you have a big grand vision of changing the world. Like with everything, you start small. You just start by making things and thinking about your decisions—why this? why this color? why here? why now?

This article is a chapter in our free pdf guide: First Steps to Learning to Design. Download it now and get a bonus chapter featuring our favorite free tools and websites for design!